Looking back at her illustrious career, recently retired Professor Maria Grever can not only be proud of her achievements, but also rest assured that her work is especially relevant today. Emeritus Professor of Historical Culture at Erasmus University Rotterdam, Professor Grever and her team have relentlessly investigated how people deal with the past, including what and why they remember and celebrate. Therefore, she has a lot to say about the current destruction of statues related to the Black-Lives-Matter movement taking place around the world. Interviewed by Erasmus Magazine shortly after the launch of her latest book, Onontkoombaar verleden (Inescapable Past), she warns against the total eradication of monuments and statues that constitute testimonies of past injustice: destroying statues is no medicine against racism! Moreover, without such evidence, modern societies would forget, instead of facing, their mistakes. But, she stresses, we cannot expect monuments alone to tell the whole story. While on-site explanations can help contextualisation, it is crucial to improve history education in schools so that the young generations are equipped to critically approach this material heritage, and to understand the controversies surrounding it. 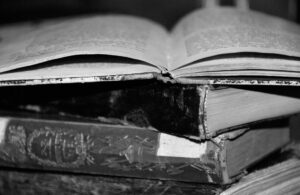 History education is a topic dear to Professor Grever. Once a high school teacher herself (1980-1984), as an academic she has relentlessly advocated increased co-operation between the two sectors, and also the domain of heritage institutes. In order to further research on this relationship, she founded in 2006 the Center for Historical Culture, and conducted extensive investigation into processes of canonization in the historical discipline and history education. Another research project focused on how history education can benefit from a critical and dynamic approach to heritage related to the Transatlantic slave trade and WWII /Holocaust. Recently, she co-investigated the opportunities and risks of popular representations of modern war heritage as informal ways of history learning. In August, the bilingual Journal for the Study of Education and Development (Infancia & Aprendizaje) will publish a Special Issue edited by Maria Grever and Karel van Nieuwenhuyse on Popular uses of violent pasts in educational settings ( Los usos popularos de pasados violentos en entornos educativos): https://www.tandfonline.com/toc/riya20/current. 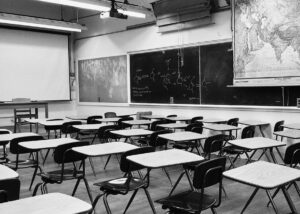 Over the years, Maria Grever has been critical of a top-down canon for history education. In her view, such a canon fails to stay up to date with the latest research findings, particularly regarding multiple perspectives on the past. For example, while in the past few decades historiography has grown more and more interested in the history of women and slavery, it has been challenging to incorporate these topics in school curricula. Nevertheless, Professor Grever is quite satisfied with the current situation in the Netherlands, where there is growing interest among academic historians into history instruction and historical culture in general. Young generations of professional historians are now keen to engage with their subject in new ways, confident that their research will have a positive impact on society. But the drafting of the Dutch canon has not only benefited from the contribution of academia: the involvement of local museums and heritage associations has produced a variety of (counter-)canons built on regional particularities, including the history of migrants and colonialism.

While enthusiastic about the co-operation of teachers, historians and museums, Professor Grever rejects the interference of governments and politicians into the contents of history education. These actors tend to promote a single and frozen narrative of past events focusing on the formation of the nation, thus often overlooking world history and excluding the perspectives of minority groups. They fail to grasp the complexity of the subject, overlooking the importance of critical discussion, and expecting students to simply acquire knowledge of facts without engaging in their interpretation. In order to guarantee a high quality of history education practices, it is necessary not only to resist this kind of interference, but also to allow teachers the freedom to deviate from the prescribed canon to organise activities fostering discussion. For example, Professor Grever recalls that once when she was still a teacher, she organised a debate about the conflict between Israel and Palestine. It took her a lot of effort and planning as she had to prepare the students in advance, find appropriate material and effectively chair the debate. In the end, it was a very positive experience for her and the students. Hence, she encourages teachers to organise this kind of activities. However, she is well aware of the difficulties that teachers face, such as the constraints of curricula and the inadequacy of textbooks. And it is this awareness that makes Professor Grever a firm supporter of EuroClio.

In the radical position taken by the Scottish philosopher David Hume (1711–1776) we don’t get a real notion of the “self”. When I say “I” it means that I allow to a bundle of perceptions and a history of passed perceptions (our memories) to become my identity’s core idea. I.e. I am always my own on-going representation. Apparently the same process happens collectively. What is a community? A community seems to be a collection of memories. It does not depend on territory, language, ethnicity or religion. There are plenty of examples of communities without a precise territory, bi- or multi-lingual, multi-ethnic or multi-religious (though in the last case there is often a dominant religion), but all of them share somehow a pool of memory tales.

Historically speaking this has been surely the case of the community of Otranto, a small Italian town on the Adriatic Sea shore, only few miles from the Albanian cost. During the Roman and the Byzantine period its role and importance were inversely proportional to the Albanian coast distance. The oriental schism put it on the border between western and eastern Christianity. Once the Ottoman conquered Constantinople (1453), Otranto, at the time part of the Kingdom of Naples, became a defensive outpost against Turkish expansion. At least this is what one could believe according to a simplistic vision of history as clash of civilizations. Actually the king, Ferrante of Aragon (Ferdinand I) was much more involved in the Italian politics than in other geopolitical issues. Many of his military efforts were aimed to gain the greatest possible influence in Italy, leaving Otranto region quite undefended. The Ottomans, instead, after the victorious end of the first Ottoman-Venetian war (1463-1479) and conquest of Constantinople (1453) felt free to rebuild the unity of Byzantine Empire under their rule.

This is the background to the Ottoman expedition that took Otranto in 1480 and to Vito Bianchi's book "Otranto 1480 – Il sultano, la strage, la conquista" (Otranto 1480 – The sultan, the massacre, the conquest). Mehmet II the Conqueror (1432-1481), calling himself also Qayser-i Rûm (Roman Emperor), planned to be the new Justinian. He was a multi-layered, multifaceted and very complex figure to whom religion was not as important as it was to future generations who shaped the narrative of what happened in Otranto in 1480. Vito Bianchi describes vividly in this book the scenario of the Ottoman attempt to conquer the former Byzantine territories, Ottoman tactics as well as Otranto's defenders' strategies.

The invaders came prepared with huge amount of soldiers and warfare material, weapons, siege machines and logistics. Led by Gedik Ahmed “Toothless” Pasha (?-1482) they tried to impress the besieged in order to offer them an honourable capitulation instead of a bloody fight. The defenders, after a brief consulting, decide to resist at any cost, waiting for promised reinforcements that never appeared. After couple of weeks Otranto had to surrender, which led to plundering, pillaging and killings. As is usual after a fierce siege, the Ottoman killed in cold blood, with a solemn ceremony, those inhabitants of the city that were unfit for slavery and useless as prisoners to be ransomed. This theatrical enactment was surely aimed to terrorize the population of possible future targets.

More or less eight hundred people were implacably beheaded on a hill just outside the city.  After a long-lasting canonization process, Pope Francis proclaimed them saints on 12th of May 2013. The Catholic Church stated that they were killed because they refused to abjure. However, Vito Bianchi shows that according to evidence, “there wasn’t any conversion request at all, no faith blackmail or Christian martyrdom: at that point events were beyond the no return”.

But there was the memory. Firstly, the beheading accounts, handed out by the witnesses: a tale full of various prodigies concerning the victims' bodies. Secondly, the story of the remains, venerated openly, at least from the moment the Ottoman were forced to withdraw (mainly because of the plague): a narrative taken as a proof of sanctity of the dead people and somehow of the Otranto community as well. And finally the political account of the crusade against the infidels who invaded the Italian peninsula.

“The bulk of the massacred bones rest in Otranto Cathedral, where the local familiarity with the slaughter victims of the Turks and the sincere piety toward the fate of many known and remembered people, will keep alive feelings of deference, mingling martyrdom and simple emotion for the loved ones. Spontaneous, popular and firm, this intensely religious communal bound is engineered by the Roman Church to mean what it did not really mean, i.e. a symbol of the fight between the Cross and the Crescent”.

I quoted this passage because anyone could see that nowadays such a statement is, or could be highly controversial. It seems that the Otranto popular sentiment is not very keen to dismiss the actual sanctity of their martyrs.

Even the Church had some doubts about this martyrdom. The canonization process was opened in 1539. The massacre victims were proclaimed “servants of God” only in 1771, very likely under the pressure of Ferdinand IV of Bourbon, King of Naples. But the full consecration happened only later, after the 500th massacre anniversary. During this half a millennium the town and its community venerated those dead people and, by means of this veneration, nurtured its own identity.

This book is very fine example of multi-perspective history and source interpretation. In the end the historian can ask about this historical episode: was it a clash of civilizations? Was it a symbol of the eternal fight between “us” and “them”? The answer seems to be negative. After all, it was firstly and mainly a question of secular politics on both sides.

Unfortunately the book is available only Italian, but perhaps this review could encourage translations in some EuroClio languages.

Otranto 1480 – The sultan, the massacre, the conquest

From 28-29 November 2014 DVV International, GAHE, the Georgian Association of History Educators and EuroClio,  jointly organized a regional conference on “Responsible History – Different Ways of Dealing with the Past” in Bazaleti, Georgia. This conference was a part of ‘Sharing History, Cultural Dialogues’ project. The conference was attended by more than 70 education experts and stakeholders from 12 different countries. The conference aimed to encourage the creation of a platform for dialogue and cooperation among educators, policy makers, and stakeholders from different sectors. The programme featured presentations and discussions on various related topics, facilitated opportunities to network and form new partnerships, thematic workshops on teaching methodologies and innovative learning materials, and on-site learning.
One of the main messages of the conference was that the non-formal and formal history educations sectors need to work in collaboration which would stimulate an intensified dialogue. The participants stressed the importance of further developing and strengthening this platform, and maintain long term influence and cooperation on different levels. The conference will lead to the declaration reflecting the thoughts of the participants which will be available on the partner organisation’s websites. This declaration aims at increasing the awareness of different actors related to responsible history on significance of working together with different relevant actors and invite them to join the synergy.