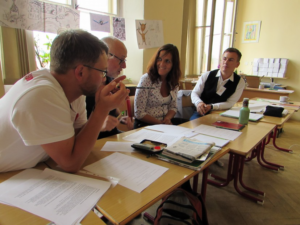 As part of the Decisions and Dilemmas 3: making learning about the EU motivating and meaningful project, the fifth national training event was held in Prague, the Czech Republic, on 14 and 15 June 2018. The training had as its title “We study and teach – EU” (Učíme (se) o Evropské Unii).

The training kicked off in the afternoon of Thursday 14 June. Following an introduction, the first workshop was called “How do we teach about the EU?” Discussions were held with the participants concerning how to approach the topic of the EU, and what teachers and students think about this subject in the classroom. The argument was made that extensive material exists to assist teachers on the subject, and this raises the question as to why teaching about the EU is still such a hot topic.

Next, Eva Zajícová addressed the need to discuss the approach of the EU as a subject in schools, and subsequently she gave an overview of some of EuroClio’s previous projects and results while explaining the Historiana website. In the light of Historiana’s database, many participants expressed that the usage of English materials does not pose a problem for them. However, others exclaimed that there is the possibility of a language barrier. That is mainly why ‘Decisions and Dilemmas 3’ aims to provide teaching materials about the EU in several languages. These materials can be downloaded from Historiana’s website and adapted to the teacher’s and student’s needs.

Participants proposed to introduce EU teaching in primary schools at an earlier stage, in this way including younger pupils, and by means of incorporating the topic into projects. The classical way of teaching is rather dry and not effective, participants argued, and thus other, innovative, ways of teaching about the EU should be used. Finding “real” situations, speaking about values, and addressing relationships were examples mentioned in the session. Even the usage of an internet game was mentioned but this gadget has to be revised and updated in order to be used as an educative tool in teaching pupils about the EU.

Jiří Beneš led the next workshop on “Opening up Europe’s borders”. The participants were very enthusiastic about this workshop, as it provided a short game that encourages participants to reflect on their own background in relation to bigger social issues. Participants had to imagine the map of the Czech Republic and find the position of the town where they came from. Then, participants had to change positions to the location where their family is from and in this trend reflect on the topic of migration – were your parents/grandparents immigrants? Czech newspapers were used to complement this game by reflecting on articles about the wave of immigration that Europe faces today, and encourage debate among the participants. In this session, the recommendation came forward to use personal stories in order to generate a bigger impact. 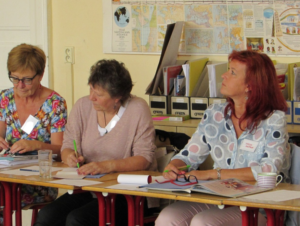 The second day of training started with a panel discussion moderated by ASUD President Pavel Martinovsky regarding “Global education and education in the European Context”. In this discussion, participants stressed that personal stories are very valuable in teaching history, as well as showing different viewpoints. Moreover, teachers should not be afraid to address controversial topics. In addition, the drama is a good method to teach history.

The following workshop discussed “Rising from the Ruins: a scripted drama about the important steps leading to EU”, translated by Eva Zajícová, and presented by Croatian international trainer Igor Jovanović. During this workshop, a discussion developed that involved the usage of drama in history education, and participants proposed the idea of using only part of the provided script in order for pupils to find their own course of events, and eventually, their own conclusions. 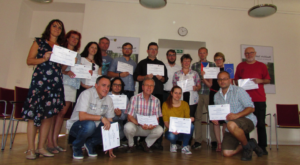 Regarding the viewpoint of Czech children on the EU, the participants concluded that the pupil’s opinions and views differ greatly from that of the older generation, as the EU has been a part of all the pupil’s life. They have not experienced border checks when going from one Schengen country to another. The participants suggested introducing them with this “unknown” and “inexperienced” part of Czech history in order to understand the situation prior to the EU, and thus understand the value of the EU today. Educating students can also lead to a wider dissemination of EU education in the form of talks and discussions with parents or other family members.

The participants expressed great contentedness regarding the two-day training. Fruitful discussions, the expansion of networks, and the opportunity of applying new teaching techniques were some of the aspects valued most by the participants.

The national training event was organized by the History Teachers Association of the Czech Republic. This article is based on the report written by Eva Zajícová.

From 18-20 November 2016 the Decisions and Dilemmas 2 development team had a successful meeting in Budapest, Hungary to work on finalizing their series of learning activities on the European Union through the lens of contemporary issues. The focus in the lessons are related to economic imbalances, energy dependency, trade in global context, the EU as a potential global power and opening Europe’s borders for people. The team also agreed on the details of the workshops during the Annual Conference in San Sebastian/Donostia from 2-7 April 2017 where the final material will be piloted with teachers from all across Europe.

At the same time the historical content team progressed work on World War 2 and the Cold War.

The project Decisions and Dilemmas: Exploring European Union history through the lens of contemporary issues will result in a series of learning resources that are ready to use in history and citizenship classes at secondary school level across Europe. The focus will be on contemporary issues for the European Union, related to economic imbalances; energy dependency; trade in a global context; the EU potential global power, and opening Europe’s borders for people.

Each issue will result in a learning activity based on active learning methods (such as scripted drama, various forms of debate and discussion, and project work) that are best suited to the nature of that particular issue. As a result the project will show various ways in with students can learn about the EU on an active and engaging way. These learning resources will be developed, tested and implemented by an international group of experienced educators (who are currently teaching citizenship and/or history) with the support of Jean Monnet professors as academic advisors. The involvement of leading academics and school teachers and teacher trainers, will make sure that the learning resources are both academically sound and suited for use in diverse classroom settings. The key project activities are three development workshops and one international training seminar.

Convening in Budapest, Hungary  will be done with the aims of;

From 15-17 January the development team of the Decisions and Dilemmas: Exploring European Union history through the lens of contemporary issues-project gathered for the first time at Mount School York to work on active learning activities and get advice and feedback from the Historiana Historical Content Team that was also present. In the project an international team of 5 history educators will work together with editor Helen Snelson to make the topic European Union interesting and relevant by looking at contemporary issues. The project will result in 6 learning activities, using active and innovative teaching methods. In the meeting the team members agreed to work together in pairs on 2 of the issues. After an initial group brainstorm on the different issues identified in the project the team. After working on the topics in pairs the initial ideas were pitched to the Historiana Content Team, that gave feedback and tips on how the historical dimension could be integrated in the different activities. The team will work on the further development of the activities before the next meeting in May. The final materials will be used in training during the Annual Conference in 2017. END_OF_DOCUMENT_TOKEN_TO_BE_REPLACED

Warning: Illegal string offset 'title' in /var/www/vhosts/euroclio.eu/httpdocs/wp-content/plugins/download-attachments/includes/shortcodes.php on line 66 Warning: Cannot assign an empty string to a string offset in /var/www/vhosts/euroclio.eu/httpdocs/wp-content/plugins/download-attachments/includes/shortcodes.php on line 66 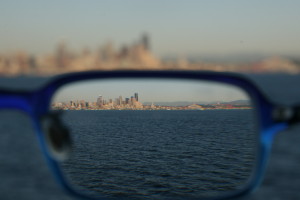 EuroClio has acquired a new project within the Historiana programme: “Decisions and Dilemmas: Exploring European Union history through the lens of contemporary issues”. The project will run for 2 years (from 1 September 2015 until 31 August 2017) and will be implemented by EuroClio. The project will result in educational materials on 5 key issues. We are looking for 1 or 2 history educators and 2 or 3 researchers to join the development team that will be responsible for the development and testing of the learning materials. For more information have a look at the attachment below. To apply, please send your CV, Letter of Motivation and Letter of Support from your school, institute or association in English to judith@euroclio.eu before 11 December 2015.

On 8 November 2015 the EuroClio Historiana editors’ team convened in Brussels for the exciting and successful kick-off of the new Historiana project ‘Decisions & Dilemmas: Exploring European Union history through the lens of contemporary issues’. This project is a natural follow-up to the earlier Decisions & Dilemmas project, which highlighted the historical narratives of European integration. The new D&D project in turn aims to generate a better understanding of the European Union and its working by focusing on challenges related to economic imbalances and regional divisions, energy dependency, trade in a global context, foreign relations, as well as borders and border control in a Schengen world. Similarly to the first D&D project, the development team will create a series of learning resources that will feature on the Historiana website, ready for use in history and citizenship classes at secondary school level across Europe.

As the project has only just been launched, we are still looking for team members for the development team. Please have a look at our call. Moreover, if you are interested in joining Historiana in any other way, sign up for the Historiana Facebook group!