This project involves a transnational group of history and citizenship educators from EuroClio’s member Associations in France, Germany, Hungary, Italy, Macedonia, Poland, and Spain in the development and implementation of students-driven projects on censorship in Europe’s 20th century dictatorial and totalitarian regimes. The focus will be on the history of Franco’s Spain (1936 - 1975), Vichy France (1940 - 1945), Nazi Germany (1933-1945), Mussolini’s Italy (1922 - 1943), the post-1945 Hungarian ( - 1990) and Polish Republics (1944 - 1989) and the Republic of Macedonia as part of the Federal Republic of Yugoslavia under Tito (1945 - 1980). During the project the team members will develop engaging and thought-provoking resources on striking historical examples of censorship with their students through the collection, compilation and analysis of multi-perspective sources. Students with their teacher will then organise local public events such as exhibitions or debates to showcase the cases they researched in a way that questions the resonance of such history today.

The Project at a Glance 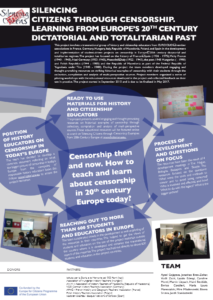 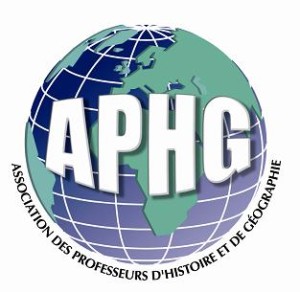