For the latest updates on the Football Makes History project, please consult the dedicated website footballmakeshistory.eu!

Some would say history is just one damned thing after the other, that it should be put to rest in the past and that bygones should be bygones. These people are not necessarily wrong, but in an ever-complex world of globalised societies and rising exclusivist identity-politics, the stories we tell ourselves about the past help us define ourselves in the present and orient toward an unpredictable future.

Some would say football is nothing more than 22 people chasing a ball around a pitch for 90 minutes. Also those people are not necessarily wrong, but history is made up of whatever people have come to value, and certainly football - a game played and watched by billions for over 100 years - seems highly valued.

We would say that football history is made up of millions of stories, of individuals and communities, of movements and processes, which can open doors to the conversations we need to have in the present. Players who came from nothing to become international super-stars. Clubs which have been established to foster minority identities and belonging. People who have faced exclusion in a racist and bigoted past.

Our European Football stories, starting with your local neighbourhood club, can not only excite the football and history fans but in particular create a space where those that are marginalised in European societies are included, feel belonging so that everybody can seek active citizenship.

Sport – and particularly football – appeals to millions of Europeans, regardless of their sexual orientation, colour, gender, age, nationality or religion, often becoming a defining factor of identities and communities. The rich local cultural heritage of football and its shared history covering the turbulent 20th century history offers direct access to addressing past and present diversity. In addition, it helps to promote shared values, equality, non-discrimination and social inclusion with an integrated perspective, encompassing and innovating formal and non-formal learning, as well as youth work. This project will see a unique European team, including a Football Federation, a professional Football Club, the renowned Anne Frank House and FARE Network, together with European networks of history educators and youth workers.

The overall aim of the project is to contribute to the reduction of the number of people at risk of social exclusion across Europe by pursuing these specific objectives:

EuroClio, Fare Network, and their partners in the “Football Makes History” project are looking for your help. The Football Makes History project team will develop educational material for formal and non-formal education, using football as a door-opener to teach issues around social inclusion and anti-discrimination. We would like to learn more about if and how you face …

The 3rd Transnational Project Meeting for the Football Makes History project took place in Bucharest, Romania on the 6th of May 2019. The partner organisations: Anne Frank House, EuroClio, Eintracht Frankfurt Museum, Evenzo Consultancy, Fare Network and the Romanian Football Federation, met in order to discuss the development of the project and further develop the …

From the 2nd to the 5th of May, the 2rd Short-Term Staff Training for the Football Makes History project took place in Bucharest, Romania. The Training was organised by the Romanian Football Federation, one of the partners in the Project. 28 enthusiastic developers from all over Europe met in the capital city of Romania for …

Veendammer Wind: A football opera, 28-30 June & 4-5 July 2019 The rise and fall of a club and the importance of community Just outside the city centre of Veendam stands the Langeleegte stadium imposingly, six years after the official bankruptcy and closure of the SC Veendam. The 29th of June 2019, the Langeleegte opened …

The 3rd Short-term Joint Staff Training was held from the 01.11-03.11.2019 in Frankfurt, Germany hosted by the Eintracht Frankfurt Museum. Under the overall goal of enhancing social cohesion and promoting diversity in the educators’ everyday work, 30 participants, school history educators and youth workers, were offered training, expertise and professional development, especially on the topics …

How the World’s most popular sport can help teaching history and fight discrimination   Football enjoys a fan base bigger than that of any other team sport, with millions of people passionately following local, national, and international competitions. Thanks to its accessibility (you only need a ball and two goalposts to play), football is played …

International Day of Education: Celebrating with football history The United Nations General Assembly has proclaimed January 24th as International Day of Education, in celebration of the role of education for peace and development and highlighting how inclusive and equitable quality education and lifelong opportunities should be available for all. EuroClio’s own Football Makes History project …

The project will be implemented with the financial support of the Erasmus+ Programme of the European Union as part of the initiative “Football History for Inclusion – Innovative collaborations of school education and youth through the prism of local football history for social inclusion and diversity. 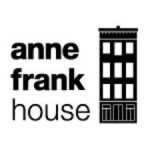 Prof. Dr. Gijsbert Oonk (1966) holds the Jean Monnet Chair (ad Personam) on Migration, Citizenship and Identity. He is the founding director of Sport and Nation. 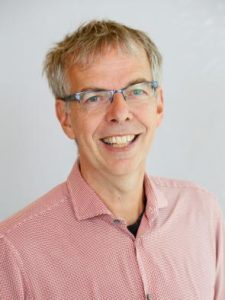