The volume is intended for policymakers confronting controversies over historical legacies in public spaces like statues, memorials and street names. It presents ten case studies and discusses their significance, interpretations and possible remedies – placarding, resignification and repurposing, to relocation, removal, or destruction. Iconic examples are disputes over Christopher Columbus, Edward Colston, Robert E Lee, and Cecil Rhodes, among others. 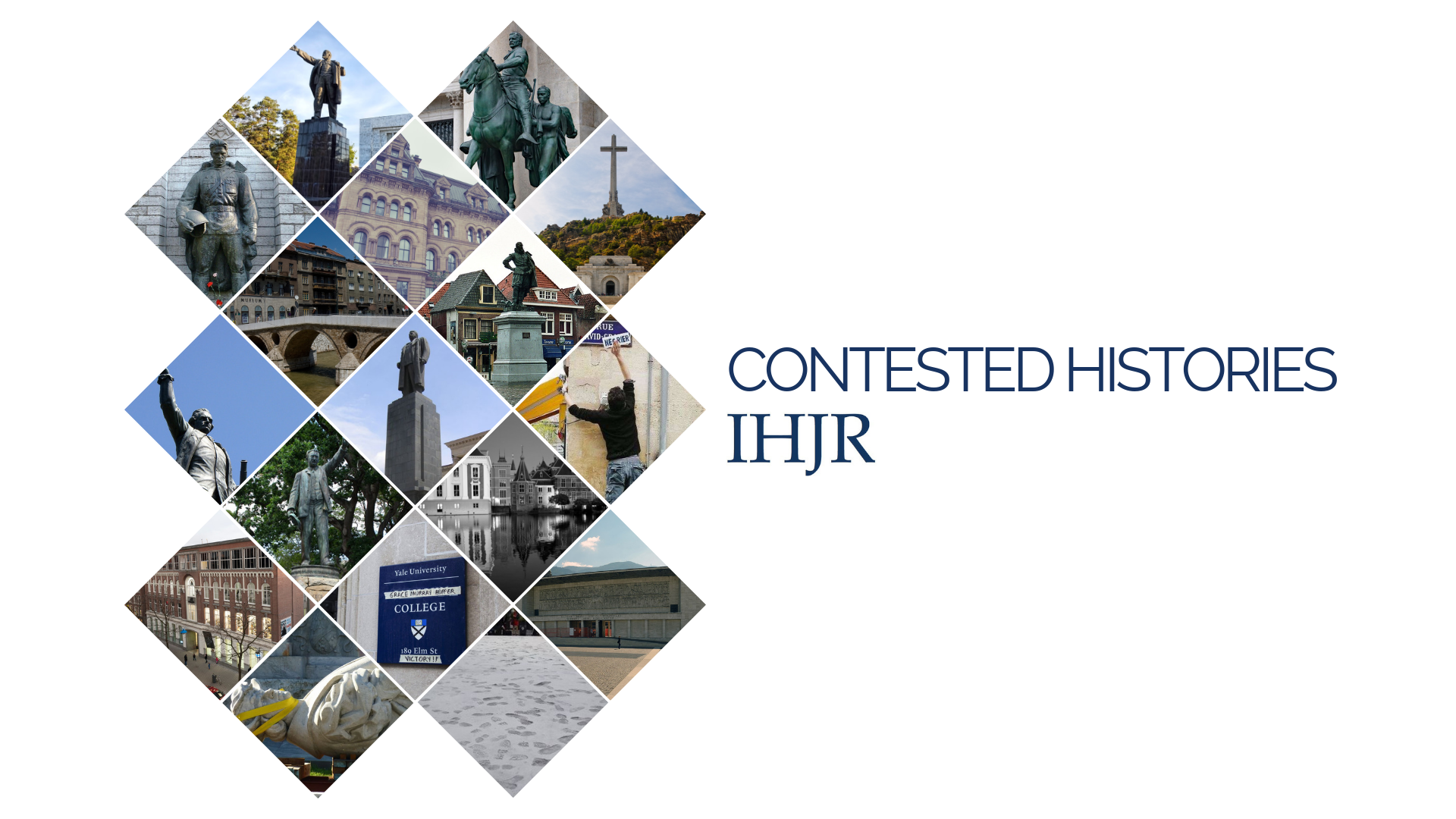 “I strongly support the idea of the IHJR assisting policymakers by identifying principles, processes and best practices.”

The IHJR's project on Contested Histories in Public Spaces is a multi-year initiative intended to address controversies over statues, memorials, street names and other representations of disputed historical legacies in public spaces. The objective of the Contested Histories project is to provide decision-makers, policy planners, educators, and other stakeholders with a set of case studies, best practices and guidelines for addressing historical contestations in an effective and responsible manner. As part of this project, the IHJR works with the International Bar Association in London, and the Salzburg Global Seminar in Austria, on a series of in-depth case studies that was published in February 2021. For more information contact Marie-Louise Jansen, Director, Contested Histories Project (jansen@ihjr.org).

Over the past several years there has been growing public controversy over contested historical legacies on university campuses and in public spaces in towns and cities around the world. The Rhodes Must Fall movement that began in Cape Town, South Africa, and the controversy over statue of Robert E. Lee in Charlottesville, Virginia, in the United States, are but two examples (see below). Most contestations occur at the municipal or institutional level, where the physical representations of historical legacies are encountered on a daily basis, whether in the form of statues, street names, building names, monuments, memorials or emblems and symbols.

Conflict over interpretations of history span a range of issues including legacies of slavery, imperialism, fascism, communism, colonialism, inter-ethnic tensions, mass human rights abuses and other relevant subjects. In almost all cases calls for removal of statues, renaming of streets, and reframing of school or university curricula, are symptomatic of deeper divisions within societies.

Confronted with public protests, street demonstrations, and social media campaigns, decision makers have often responded in haste, sometimes in panic, and more often than not without the benefit of established principles, processes or best practices, resulting in remedies that are sometimes inadequate, ineffective or arbitrary with potentially long-term, unintended consequences.

Below are a select number of iconic cases that are part of the Contested Histories project to catalogue more than one hundred cases. 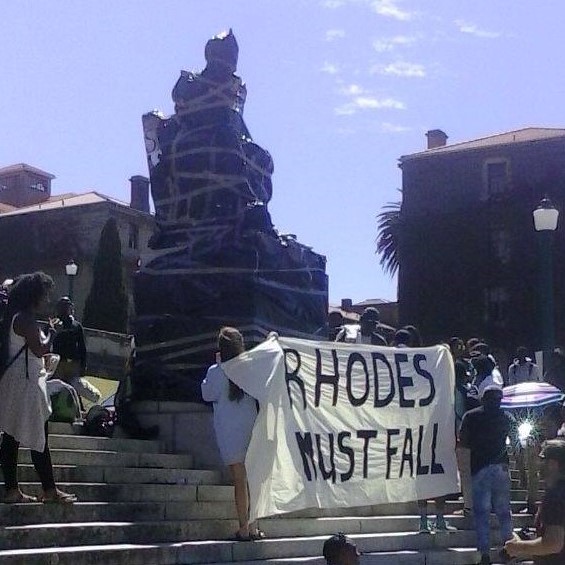 The Rhodes Must Fall movement began in 2016 at the University of Cape Town. It called for the removal of Cecil Rhodes' statues and has since spread around the world. 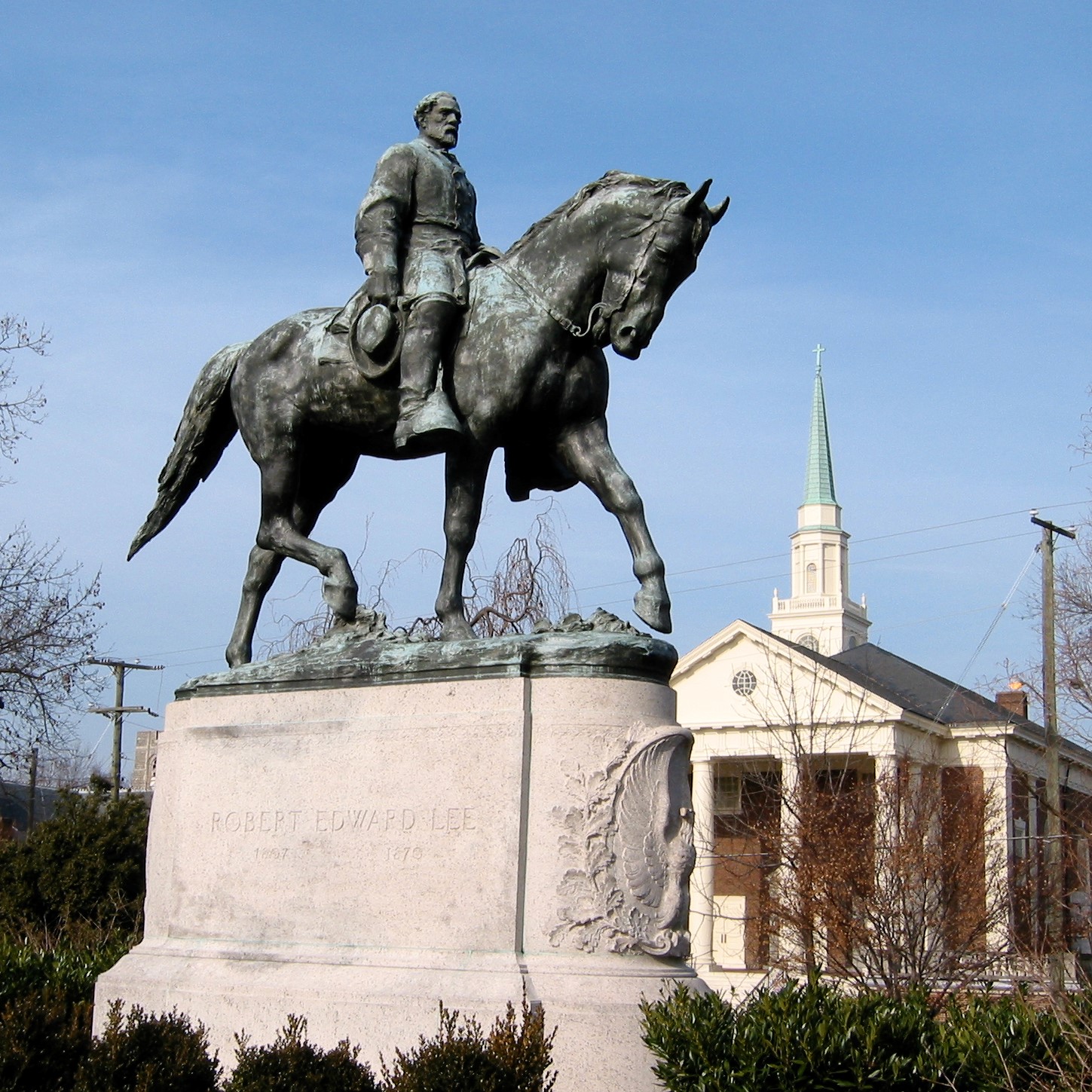 A lawsuit was filed against Charlottesville city council in 2017 after they voted to remove a statue of General Lee. The council was charged with violating a law protecting veterans' memorials and monuments. 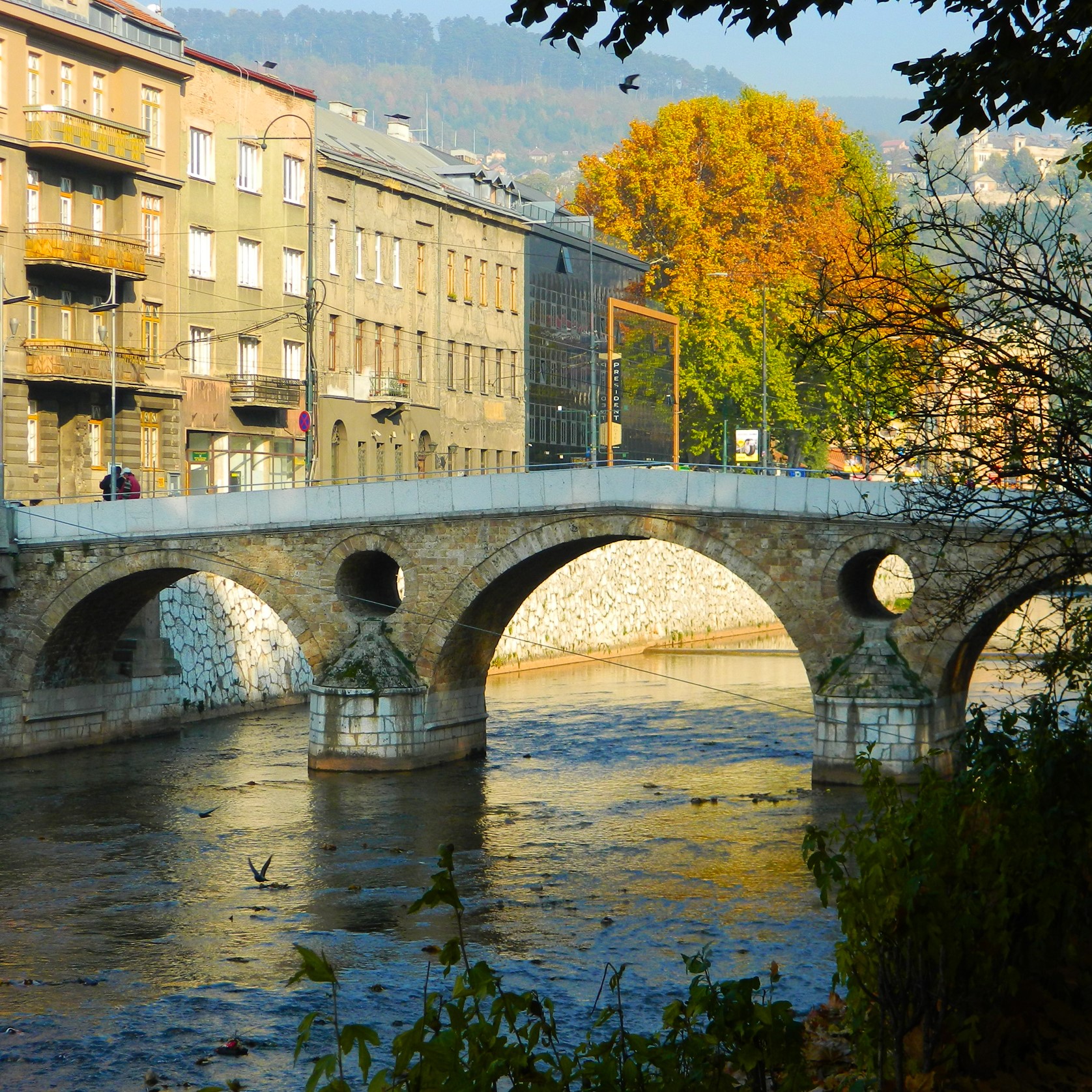 Shifting narratives and national memory surrounding the Latin Bridge in Sarajevo, the site where the heir to the Autro-Hungarian empire was assassinated in 2014, have signified and resignified the site over the years. Today a neutral plaque has seemingly resolved tensions.

The Contested Histories project also seeks to provide an interactive map that shows the locations of contestations across the globe with a picture and short description. The cases will be organised by categories of contestation and an icon indicating if they are bounded to legal components. Below you can see a provisional version of the map. The interactive map will be released upon completion. 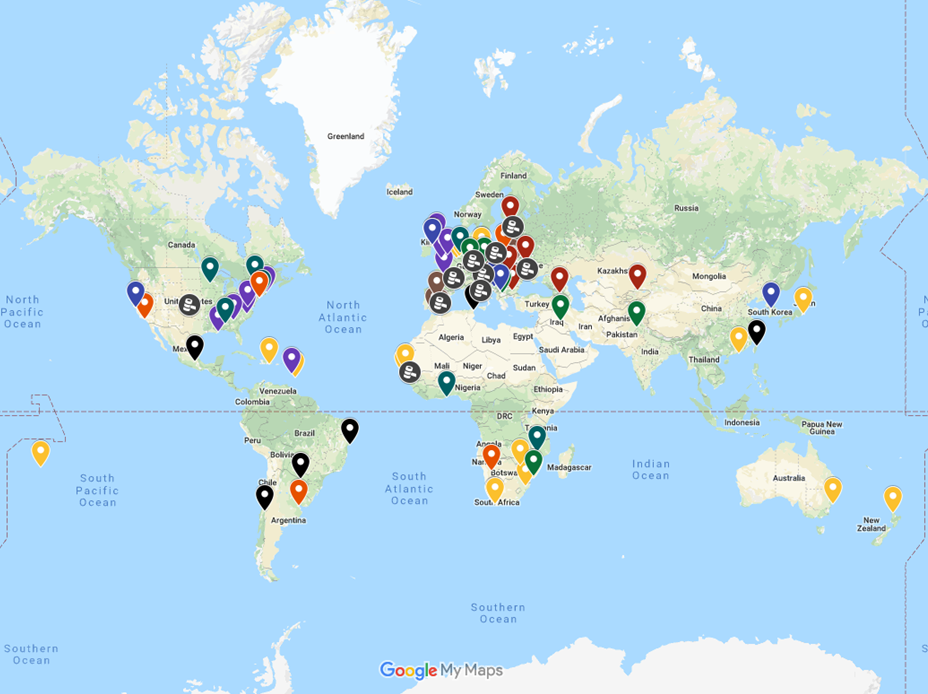 The Contested Histories project is currently being expanded to other fields, for example the field of education. To look at the types of issues this project will engage with, take a look at the following documents:

The Contested Histories project seeks to identify, document, and examine cases of contestation around the world, with the goal of identifying a set of principles, processes and best practices that can help inform decision making. To this end, the IHJR has identified more than a hundred cases in Africa, Asia, Australia, Europe and the Americas. Each case is researched and tracked on a digital map connected to a database. The intention is to build an interactive web platform accessible to a wide range of stakeholders. Although each case is unique, and underlying causes within communities are often specific to individual societies and/or circumstances, it is hoped that the aggregated materials will provide insights that help facilitate better informed decision making when responding to future contestations, and provide a resource for educators interested in examining multi-perspective approaches to history education.

The Institute for Historical Justice and Reconciliation is a research center at EuroClio and works in cooperation with a range of public, private and independent institutions. The publication of a volume on Contested Histories in Public Spaces is being overseen by an international Task Force and is supported in part by the International Bar Association, and Salzburg Global Seminar, with research support from Erasmus University, Harvard University, and the University of Oxford. The program team welcomes suggestions for cases to include in its study, which can be submitted to the following email: jansen@ihjr.org

The project on Contested Histories in Public Spaces works towards providing the following outputs:

After a storm comes the calm. When applied to “storms” of popular protest fuelled by contestations over controversial legacies of the past in public spaces – specifically those raised by the Black Lives  Matter Movement concerning colonialism, slavery, and racism in the wake of George Floyd’s killing on  25th May 2020 – this proceeding “calm” …

The virtual launch of the eBook “Contested Histories in Public Spaces: Principles, Processes, Best Practices” will be held on Thursday 11 February (18:00 – 19:00 CET). During the webinar, hosted by the International Bar Association, participants will hear from the volumes’ co-editors, such as Dr Timothy W Ryback, Dr Mark Ellis, and Benjamin Glahn, along …

“If you’re going to teach history, teach it all” (Paolo Ceccoli, EuroClio Ambassador) During the final workshop of our Annual Conference, EuroClio ambassador Paolo Ceccoli shared this powerful quote. The goal of the Marketplace on Contested Cultural Heritage was twofold. On the one hand, participants learned about the research that EuroClio and the Institute for …

This article was triggered by a new collaboration between the Contested Histories Initiative and students in ‘Narratives of the Past’ from France. Contested Histories is a multi-year project designed to identify principles, processes and best practices for addressing these contestations at the community or municipal level and in the classroom. As of September 2020, the …

We are pleased to present the case on a statue of Robert Towns in Townsville, Australia, as part of a series of in-depth studies for the Contested Histories Initiative. We hope that this series will provide insights and lessons learned for engaging with and addressing instances of disputed historical legacies in public spaces. This case …

When a protestor left a sign on the doors of Oxford’s University Church reading ‘Rhodes, You’re Next’, there was little doubt that the monumental Black Lives Matter movement, sweeping the world after the death of George Floyd, would next be turning its attention to the statue of the imperialist figure adorning Oriel College’s entrance arch.  …

We are pleased to present the case on The Statue of Sir Stamford Raffles and His Legacy as part of a series of in-depth studies for the Contested Histories Initiative. We hope that this series will provide insights and lessons learned for engaging with and addressing instances of disputed historical legacies in public spaces. Oftentimes, …

During the last week, the Contested Histories project had intensive activity in Chile, the South American country where even before the Black Lives Matters movement, over a dozen statues and monuments were vandalized or removed in a matter of days. One of our team members participated in an online talk and was interviewed by CNN …

We are pleased to present the case on The Legacy of Cecil Rhodes at Oxford as the first in a series of in-depth studies for the Contested Histories Initiative. We hope that this series will provide insights and lessons learned for engaging with and addressing instances of disputed historical legacies in public spaces. Rhodes at …

This week, activists in Europe and the United States attacked statues of historical figures because they are seen as colonialists, imperialists, slave-traders, and racists. Will these symbolic acts result in the structural and systematic changes that are needed?  Steven Stegers, Marie-Louise Ryback-Jansen, 10 June 2020, The Hague/Berlin A monumental movement is sweeping the world. Sparked …