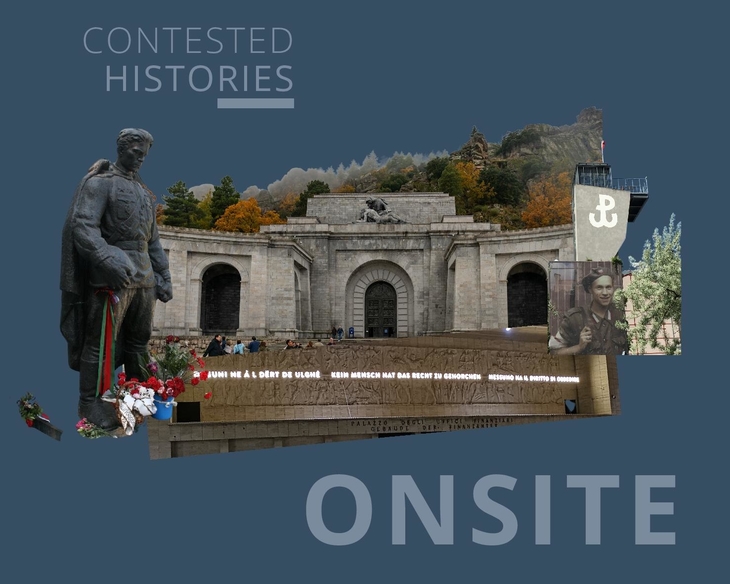 This project will actively underline how contested histories are a universal theme throughout Europe when dealing with its totalitarian histories. Instances of antisemitism, xenophobia, homophobia and other forms of intolerance by totalitarian regimes will be examined to highlight how exclusionary narratives are created and how to teach students to deconstruct discourse leading to exclusion and marginalisation. It is our belief that this critical deconstruction of historical narratives will raise awareness of practices of remembrance, common history and values, thereby strengthening a sense of belonging that transcends national differences.

The Onsite project builds upon the Contested Histories Initiative, which noted the potential of contested historical sites as a place for teaching, learning and working towards social and historical justice. Onsite aims to use historical sites representing past totalitarian regimes as a starting point for a discussion with citizens about the importance of pluralism, civic rights and democratic practices, and to create opportunities for debate on European history beyond national perspectives. Emphasis will be placed on multiple perspectives, debate and active public involvement in tours.

In this project, EuroClio and the Memory Studies Association will create:

The four chosen sites for contested totalitarian legacies of 20th century Europe are:

Image credits (all images have been edited):

The Contested Histories Onsite is a partner project between the Memory Studies Association and EuroClio, with support from the Europe for Citizens Programme of the European Union.